Are you experiencing pain in your back and neck and wonder if it could be a pinched nerve or herniated disc causing your pain? These two things are two of the most common causes of chronic pain in the neck and back, but do you know the difference between them and how to tell which one you have?

It’s important to understand that the two conditions often occur at the same time – mostly because pinched nerves are often the result of a herniated disc pressing against a nerve. The spinal cord travels the length of your spine and nerves spread out from the vertebrae into the rest of your body. When a nerve is pinched, possibly by a herniated disc, your body will send signals such as pain or numbness letting you know something is wrong.

You should never ignore these symptoms as damage to a disc or nerve can range from mild to major, but failure to treat it can create long-term problems. The sooner you seek treatment, the quicker you can get pain relief and the less likely your chances of suffering chronic symptoms. So, what exactly is the difference between a pinched nerve and a herniated disc?

What Causes a Herniated Disc?

Herniated discs can be the result of several things, or a combination of multiple causes. The most common cause of herniated discs is gradual wear and tear and disc degeneration caused by the natural aging process. Other common causes include:

What are the Symptoms of a Herniated Disc?

What Causes a Pinched Nerve?

Nerves are most vulnerable for being pinched where they pass through narrow places in the spinal canal called foramen. When a nerve is pinched it is experiencing pressure from a disc, tendon, or other bony structure.

Once a nerve is pinched, it can result in neck or back pain and often radiates into the arms or legs. Although a pinched nerve is often the result of a herniated disc, it may also be caused by one of the following:

What Are the Symptoms of a Pinched Nerve?

The most common symptom of a pinched nerve is numbness or tingling. This may occur in the arms or legs and may initially come and go but will likely become persistent over time. Some people also experience tightness or burning in the affected area. In more severe cases, muscle weakness may occur.

If nerve compression goes untreated long enough, the protective area around the nerve may break down leading to severe inflammation and scarring. The symptoms of a pinched nerve are almost identical to those of a herniated disc and include:

How Are Herniated Discs and Pinched Nerves Treated?

Although a herniated disc and pinched nerve are two different conditions, the symptoms and treatments of the conditions are often similar. Your doctor may recommend anti-inflammatory medications, physical therapy, heat and ice therapy, pain medications, and in extreme situations, surgery.

Fortunately, both of these conditions can often be treated with less invasive treatment and without the use of strong pain medications. Your chiropractor can diagnose pinched nerve and herniated disc issues and create a treatment plan that is specific to your needs. Our specialized approach treats the entire body so your pain can be properly identified and treated. Prioritize your health. Schedule an appointment online or call (256) 333-9429.

This article is for informational purposes only and is not a substitute for in-person advice or care from a medical professional. 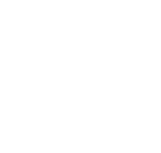